What is the Real Cost of False Fire Alarms?


False alarms are all too common, and nowadays are generally accepted as an unavoidable by-product of having a fire detection and alarm system installed. The latest figures from the Northern Ireland Fire and Rescue Service (NIFRS) show that there were over 10,000 mobilised responses to false alarms in twelve months, that’s on average 28 per day in Northern Ireland! This is a huge drain on the public purse, and diverts fire fighters away from essential training, community safety partnerships, and crucially, attending to a genuine emergency.

But are there wider repercussions of false alarms, to individual businesses and the economy as a whole in Northern Ireland? Along with the disturbance caused by a full evacuation due to a false alarm, there is also a tangible cost to businesses across all sectors. A study by NIFRS found that the annual cost of false alarms to one medium sized business in Northern Ireland ranged from £1,200 at one of their sites to £126,000 at another. How much would 30 minutes downtime cost your business in lost labour and downtime?

We examine the impact of false alarms on three key sectors within the Northern Ireland economy and ask – is now the time to consider what the real cost of false fire alarms is to our economy?

The Hospitality Industry is booming in Northern Ireland and accounts for somewhere between 5 and 10% of the country’s GDP. Customer satisfaction and service are of paramount importance within this sector, and generally speaking you only get one chance to get it right if you want the repeat business. With social media and online reviews playing an intrinsic role in the marketing of restaurants, hotels and entertainment venues, reputation really is everything in this sector.

The hospitality sector is particularly susceptible to false fire alarms, due to the presence of deceptive phenomena including cooking fumes, steam from hotel showers, or emissions from aerosols, all of which can trigger a false alarm on most standard smoke detectors, forcing an evacuation. The unfortunate consequence of repeated false alarms will likely be a lot of disgruntled customers, and a lot of bad publicity.

After all, what can be more of an inconvenience than the fire alarm at your hotel activating in the middle of the night due to a false alarm? In spite of the opulence of your surroundings, the friendliness of hotel staff, or the comfort of your bed for the night, the resounding memory of your stay will invariably be the 30 minutes unnecessarily spent in the hotel car park at 2am, awaiting further instruction. Some hotels now offer compensation to guests, therefore false alarms can be costly to business in the short term, as well as in the longer term.

The same is true of the hospitality sector at large – would you pay for a meal in a restaurant that was disturbed half way through by a false alarm, perhaps caused by cooking fumes? Or in the case of a concert venue or theatre, will you seek a ticket refund if you have been forced to abandon the auditorium mid-way through a show because the dry ice machine has caused an activation? Customer enjoyment is fundamental to the hospitality sector, and few of us enjoy the disturbance of a false alarm.

The manufacturing and engineering sectors continue to a play a vital role in our economy, employing around 10% of the Northern Ireland workforce. Engineering, in particular aerospace and heavy machinery, demands high volumes of workers, often based across a handful of sites. False alarms in these environments are often caused by welding fumes, dust and other deceptive phenomena, all of which are prone to cause activations of traditional smoke detectors. False fire alarms can have a huge impact on production at these sites due to downtime during evacuation, and also the subsequent machinery set up time post evacuation. The momentum of the production line may also take time to re-establish, as staff regain their focus after a false alarm.

Food processing is another key business within the manufacturing sector in Northern Ireland. It is also one which is impacted financially by false alarms, leading to evacuation of staff, processing down time and the potential damage to product due to a temporary break in the processing chain. Where the cooking of food is involved in the processing chain, false alarms may be the result of cooking fumes, often triggering standard smoke detectors, despite no presence of fire. Heat detectors are often used in cooking areas instead as a means of reducing false alarms, although this “solution” brings with it a decreased level of fire detection, which ultimately may increase the overall risk to the processing plant.

In the retail sector, disruption and downtime due to false alarms have a direct impact on the bottom line. Time really is money in retail, particularly during the lead up to Christmas, when even a 30 minute evacuation can have a really big dent on daily takings. Many shoppers evacuated due to a false alarm will simply head home, or to another store, rather than return to continue with their purchases.

In a supermarket, shoppers’ abandoned trollies will often contain items that cannot be returned to shelf e.g. frozen goods, leading to product wastage and a direct financial loss. Unfortunately the problem is further exacerbated by theft in retail outlets. In the confusion that accompanies an evacuation, many store workers will not spot the opportune thief who takes advantage of the chaos to avoid paying for items, escaping undetected.

Another issue for Store Managers, who are very often key holders of their premises, is the call from the alarm monitoring station in the middle of the night to advise of an alarm activation, followed by a begrudged drive to their store, only to discover it was a false alarm. Most retail chains pay their staff (or a key holding firm) for such call-outs, yet another example of the tangible cost of false alarms in this sector.

Selecting the right fire detection and alarm system is a crucial starting point in reducing false alarms, particularly in sectors where false alarms have a direct impact on profitability and recurring business. It could be argued that no sector is exempt in this respect, after all, in this era of financial constraints and budget cuts for both public and private sectors, who really can afford to waste money?

Diamond Systems are Northern Ireland’s preferred Cerberus Pro partner and offer a genuine No False Alarm Guarantee with their fire detection and alarm systems. Contact us to find out more. 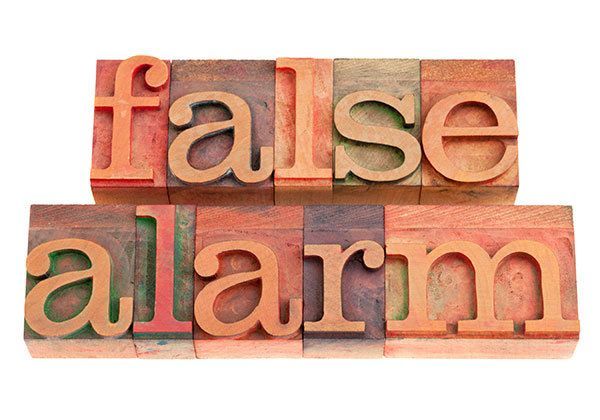